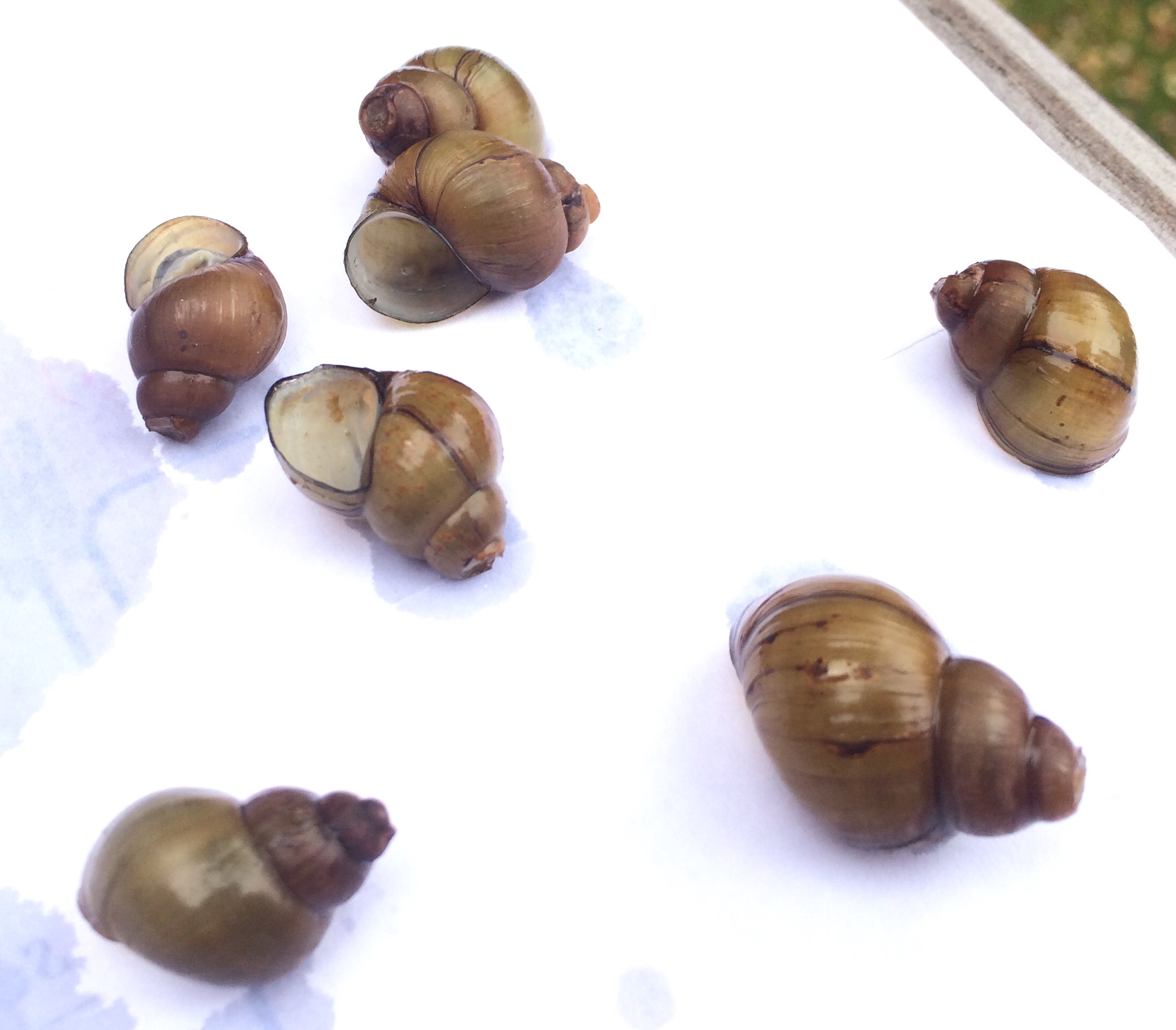 The Chinese mystery snail has been reported in New Hampshire water bodies for many years. You may have noticed a large snail floating on the top of the water or buried in the sand along the shore and wondered what it was and where it came from. The Chinese Mystery Snail is a relatively large invasive snail with a light to dark, olive-green colored shell that turns brownish-red in the adult stages. The shell usually has 6 to 7 convex whorls and can grow up to 2 inches in length. Females live up to 5 years and can produce greater than 170 young throughout their lifetime. This non-native snail was likely introduced to our waterbodies in the hopes of establishing a local population to be used for the Asian food market. Once introduced into a waterbody, the snails can be spread to other waterbodies in bait bucket water, on plants attached to boat propellers or in any spaces on boats that hold water .

The Chinese mystery snail is not native to the United States, and is difficult to control once it has infested a waterbody. Its unique operculum or “trap door” feature covers the shell opening and allows it to avoid predation and and survive in unfavorable conditions. The Chinese mystery snail competes for food and space with native populations. They feed off of algae and other organic and inorganic material. When not eating algae, the snails are sometimes found floating at the surface of the water. To report the Chinese mystery snail in your waterbody contact the DES Exotic Species Program (603) 271-2248 or the NH Fish and Game Department (603) 271-3421.